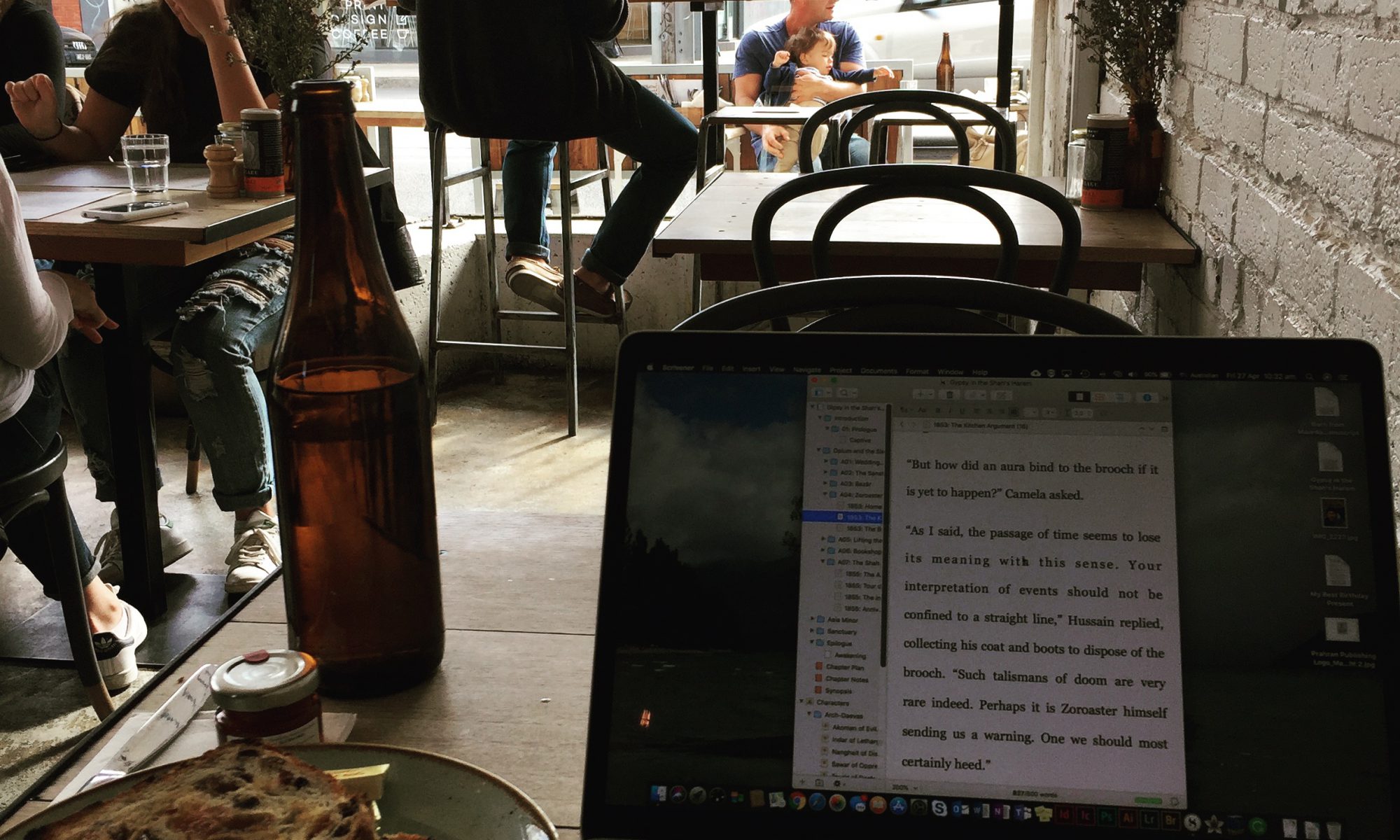 Last week I had a little milestone – completing the revised draft of Book 1. I finally got to write – ‘the end’ (although I won’t include those words in the released version). Woohooo,’ I said to myself in the solitary confines of the Writers’ Studio. Champagne would have been called for. Instead, I went downstairs and fixed myself a hot mug of milo.

With the focus on the past year on living, breathing and writing all about the characters and adventures of the first generation, they have become ingrained into my thoughts, but it was now time to put them away and look toward the next generation – Book 2. So my mind said at least.

I dusted off the 25K word draft of Book 2 I did about a year ago and re-familiarised myself with the contents. Some of it I liked, much of it I didn’t. With all of the plot changes of Book 1, I now needed to chisel and chip away at inconsistencies or deviations in the storyline to make them marry up. Easier said than done. Re-read once more. Something is not quite right.

The tone of the new book was different. It was like two pieces of a jigsaw puzzle that look like the right fit, and indeed connect together but slightly ‘off’.
More revisions, out came great swathes of text, insert new scenes here, here and over there. Re-read. Getting there. Stop. Think. Reflect.

It dawned on me that I was grieving. Grieving the loss of the characters in the first book. With all they had gone through and what they had achieved, I found it hard to let go; to allow the new generation to live and breath on their very own. I am sure many other drafts and redrafts will eventually get me to the point where I will once again feel like the jigsaw puzzle is beginning to take shape. I am left wondering how many cups of coffee? How much reflection? How much time will it take to let one book go and let the other book in?